Video is a great tool to present and demonstrate content within an eLearning course. But video currently has some limits: there aren’t many options for integrating learner interaction, and it’s difficult to assess learning and collect analytic information.

We’re eager—and a bit impatient—to get past these limits. So we decided to start our own series of case studies to see how far we can push interactivity with video.

For our case study 1.0, we had these criteria:

Our case study 1.0 is a “meta video”—it gives some basic tips for getting started with video. For our own education, we wanted to experience the entire production process, from concept through filming and editing. We also act in the video, mainly because we’re a bunch of hams and this may be our only chance to star in a video. 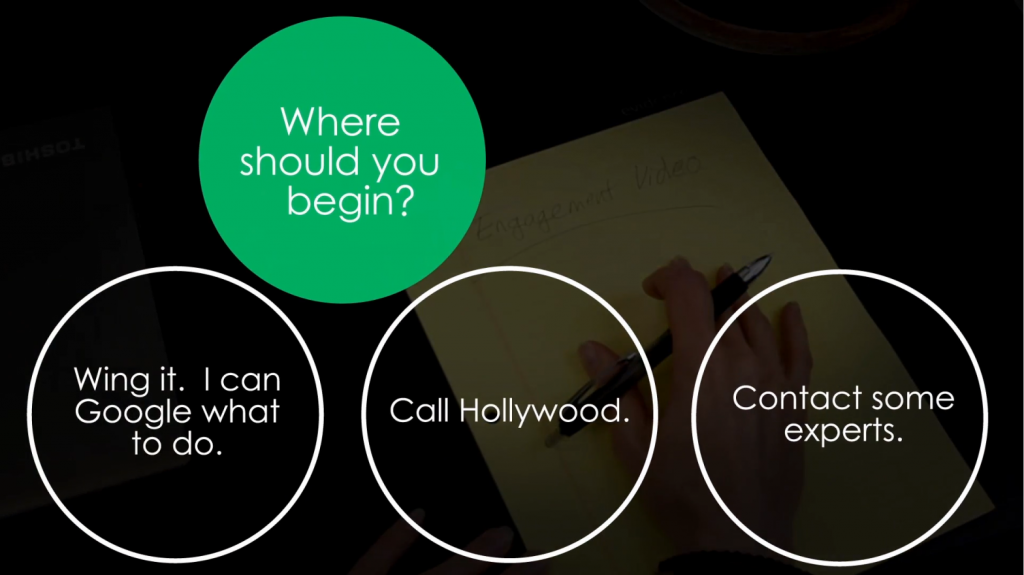 Here are some of our key learning points from this experience:

The first completed version of the video played quite well in our high-bandwidth development environment. We were ready to pat ourselves on the back…

…until we started testing on lower connection speeds. Then we almost gave up! The playback experience on a typical DSL connection was awful—the video clanked, sputtered, took naps, and generally did very little of what we wanted it to do.

Thus began a frustrating period of editing and tinkering. We shortened some of the segments, we rendered at lower-quality levels, and we even switched from Storyline 2 to 360. The final result is a compromise: playback is acceptable but still not as smooth as we wanted, and there are longer download wait times than we would prefer.

Hosting and connection speeds are major considerations for playback quality, and these things should be carefully considered at the outset. Learners need to be informed of the minimum hardware and connection requirements when it affects playback performance.

Streaming could make a big difference. Storyline doesn’t stream video—it loads and then plays, and it only preloads three slides. In the next stage of our case study, we intend to explore options for streaming.

Oh—and the browser also matters! This was a surprise for us: what played well on Google Chrome did not play well on Internet Explorer.

Our case study 1.0 video does not work on a mobile device. The issue has to do with buttons. Since we were already editing the video in After Effects, we assumed we should create the button images in After Effects and then place Storyline hotspots over them. The problem is that the buttons and hotspots don’t scale and align when the video is played on a smaller screen. We should have created the buttons in Storyline.

When we built the video, closed captioning wasn’t an easy option in Storyline 2 and required a more manual approach. It’s now a much smoother process in Storyline 3 and 360. The key is to allow room for the captioning in your layout design…..and consider that design across different devices.

What worked well for us

We planned our photo shoots carefully, we used good-quality equipment, and for each scene we shot more footage than needed—it’s always easier to edit down than to re-shoot.

We used narration instead of live audio. Not having to mess around with microphones in the filming saved a lot of time and effort, and the audio quality was easier to control. Editing was also much easier, having the audio files be independent from the video.

Based on feedback from viewers, the design is engaging, entertaining, and informative.

Hosting, streaming, and carrying out mobile-ready design are just some of the issues we want to tackle with this series of case studies. We also want to explore other forms of learner interaction, as well as methods to assess learning and collect analytics.

If you have thoughts, suggestions, or questions about interactive video, we’d love to hear from you!

About the Author: Dave Lasecke 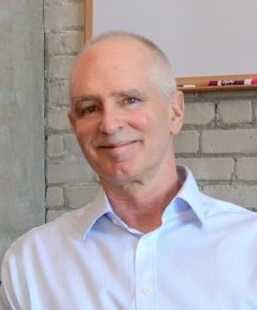 Dave Lasecke is one of the founders of Fredrickson Learning.