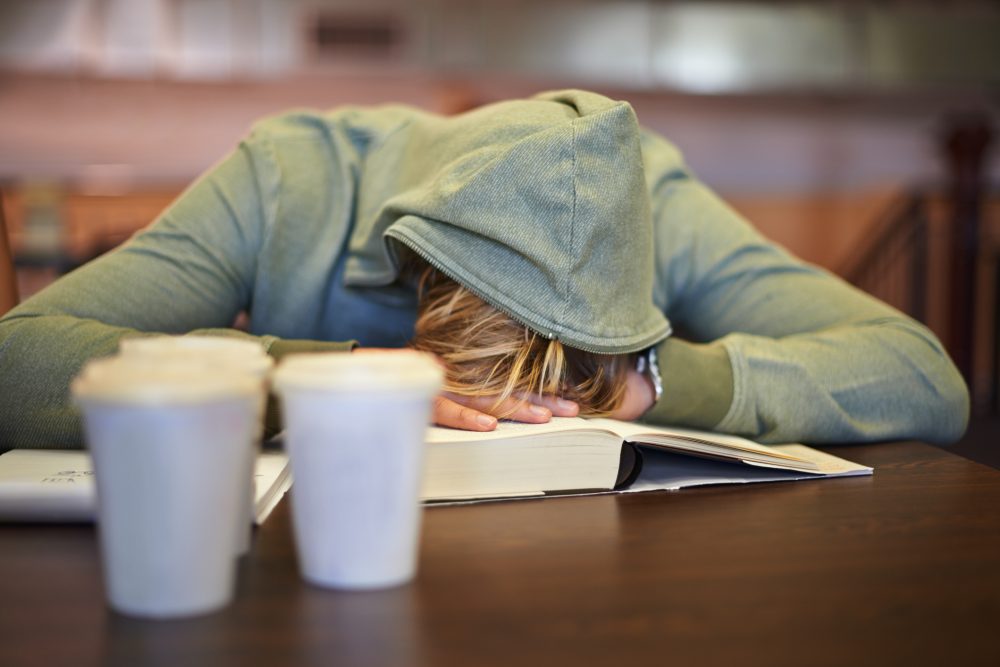 New research from an undisclosed lab in a Fredrickson employee’s basement points to a possible new frontier for corporate training.

“Sleeping with a book under one’s pillow has long been theorized as a possible means of knowledge transfer,” says every kid ever. “As it turns out, the issue is not a question of possibility, but of efficiency. Books just don’t have the information density to produce noticeable results.”

Since the turn of the century, hard drive storage capacity has progressed at an astonishing rate. Now consumers can purchase a 5 terabyte external hard drive for a little over one hundred dollars – unthinkable even ten years ago. This advance in technology has opened new doors in a variety of industries, and L&D may be next.

A lead researcher at the Fredrickson lab, who wished to remain anonymous, states, “We know there has been a high demand for learning in the flow of work. Giving learners just-in-time learning, at their point of need, has been a real focus of the training industry. However, we think technology has reached the point where we can bypass this entirely. Turns out, instead of figuring out how to seamlessly deliver information and build skills in real-time, we should have focused on doing it in sleep-time.”

By sleeping on hard drives filled to capacity with information, a tangible learning effect can be measured in study participants. “You would have to sleep on one hundred thousand books to even begin to see results, but now you can accomplish the same thing with one tiny external hard drive. Some of our test participants have even reported that the added support from the hard drive gives them the neck support they didn’t know they needed,” shares the researcher.

The results have been promising. One study participant, who slept on a hard drive containing nothing but digitized copies of physics and aerodynamics textbooks, woke up and literally flew out of the testing environment. Another, who slept on a hard drive containing every Tom Hanks movie, has made more friends in the two weeks since the study took place than he had in his life prior to that point. “It’s early, but we’ve been very pleased with the results,” says one of the study administrators. “Learning in the flow of sleep is going to revolutionize how we think about engaging workforces and building their skills.”

That’s not to say this new technique is without its pitfalls. Content curation has been an ongoing issue for corporate L&D, and it will be no different with sleep learning. “Our biggest challenge in an ongoing larger study is trying to get the test group to sleep on the right content. We load them up with training materials, but inevitably the participants wipe the drive and instead sleep on seasons of ‘The Office’ and cat videos. Post-study analysis sessions quickly devolved into participants quoting entire episodes back and forth to each other while occasionally licking themselves.”

Although there is some uncertainty around the viability of “learning in the flow of sleep”, the research community is excited by the implications of this breakthrough. Although any radical new approach will face its fair share of skepticism, the potential here seems great enough that we ask any pessimistic readers to take a deep breath, and sleep on it.

About the Author: Mark Cunningham